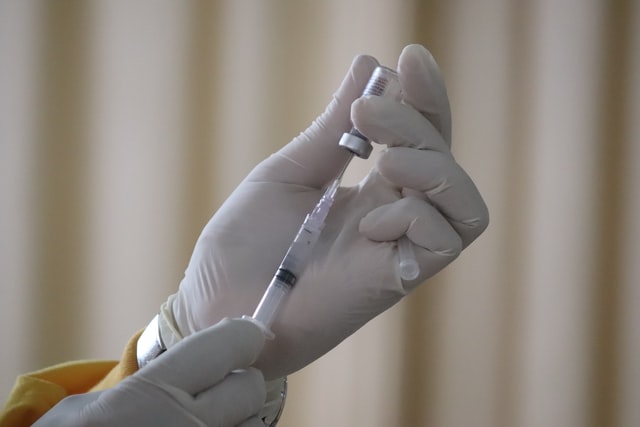 While humanity has been using vaccines for centuries now, there might never have been more talk—and doubts—surrounding the topic than today. There is nothing wrong with wanting to be more well-informed about the way different types of vaccines work. Even if the very act of choosing your vaccine may not be in your hands (although, examples from the recent past suggest that this is not always the case), knowing why different types of vaccines are used for different diseases and what processes will take place inside your body in each case can be useful.

One of the vaccine types worth keeping an eye on is recombinant vaccines. They are already in use in the prevention of several diseases but new technologies are also emerging that would allow the utilization of this method in a different way. Here’s what you need to know about recombinant vaccines in the simplest terms.

What are recombinant vaccines and how do they work?

The first thing you need to know about recombinant vaccines is that they are essentially made through genetic engineering. The technology used in the creation of these vaccines is recombinant DNA technology. This technology allows the combination of DNA coming from two different sources. In this case, the bacteria or virus is one of the sources, while a harmless agent is the other.

Scientists extract a small piece of the pathogen’s DNA. This piece of DNA is responsible for producing the antigen that creates an immune response in us. This DNA is then inserted inside the previously mentioned harmless agent, which can be yeast, bacteria, or even mammalian cells. The yeast or other agent thus becomes the “manufacturer” of antigens and will be able to produce them. Later, this is purified of the agent cells and the result is the vaccine’s active ingredient. When the recipient is injected with the vaccine, their body will react to the antigens that were manufactured through the process we described and this is how they will achieve immunity against the disease.

Recombinant vaccines are often mentioned together with subunit, conjugate, and polysaccharide vaccines. What’s common in them is that they all contain just a specific, targeted part of the pathogen they are to protect us from.

What diseases are recombinant vaccines used against?

The first vaccine that came to see the light of day using the recombinant technology was the Hepatitis B vaccine back in 1986. The Hepatitis B virus is a chronic liver disease that is entirely preventable with this vaccine. The antigens for this vaccine were produced in yeast. This recombinant vaccine is still widely in use around the world.

Another disease from which we can protect ourselves thanks to the recombinant vaccine technology is the Human Papillomavirus (HPV). This is a large group of viruses that are transmitted primarily sexually. While some strains of this virus are negligible, merely two of them are responsible for 70% of all cervical cancer cases in the world. Several types of HPV vaccines exist today, protecting from the most high-risk strains of this virus.

Finally, today several types of recombinant vaccines are available for those who are at risk of diseases caused by MenB.

Advantages and disadvantages of recombinant vaccines

Vaccines generally need to be stored at special temperatures in order to ensure their efficacy. Recombinant vaccines are not notoriously finicky, like some other types, which is another advantage. It is still recommended that they are kept at 2-8 degrees Celsius. Therefore, the best way to store them is using a special vaccine refrigerator that will keep temperatures consistent.

Finally, a significant disadvantage to consider is that these vaccines, like subunit vaccines, often only offer protection for a certain period of time. Recombinant vaccines are thus often boosted in order to continue providing protection.

The future of recombinant vaccines

Live recombinant vector vaccines represent the next step in this technology. In this process, a vaccine carrying a live virus that scientists equipped with extra genes is injected into the body. Rather than the live virus, it is the extra genes that are key: they are what we are trying to achieve immunity against. The live virus, which is, of course, weakened, is nothing but a “ride” for these genes. The body will, nevertheless, react to both and learn to fight them.

The introduction of live recombinant vector ones could expand the use of this technology and target diseases other than the previously mentioned ones. These vaccines are still in development, but they are promising. One of the diseases for which there are attempts to create a recombinant vector vaccine is the HIV virus.

Recombinant vaccine technology has been in use for decades but we are still yet to see the full potential this method has. So, keep an eye out for the developments.